Hindustan ki Aik Hairankun Shadi
Sheela Reddy
Mohammad Ali Jinnah was forty years old, a successful barrister and a rising star in the nationalist movement, when he fell in love with pretty, vivacious Ruttie Petit, the daughter of his good friend, the fabulously rich baronet, Sir Dinshaw Petit, a prominent Parsi mill owner. Ruttie was just sixteen and her outraged father forbade the match. But, when Ruttie turned eighteen, they married. Bombay society, its riches and sophistication notwithstanding, was scandalized. Everyone sided with the Petits and Ruttie and Jinnah were ostracized. It was an unlikely union that few thought would last. But Jinnah, in his undemonstrative way, was unmistakably devoted to his beautiful, wayward child-bride—as proud of her fashionable dressing as he was of her intelligence, her wide reading, and her fierce commitment to the nationalist struggle. Ruttie, on her part, worshipped him and could tease and cajole the famously unbending Jinnah, whom so many people found intimidating and distant. But, as the tumultuous political events increasingly absorbed him, Ruttie felt isolated and alone, cut off from her family, friends and community. The unremitting effort of submitting her personality to Jinnah’s, his frequent coldness, his preoccupation with politics and the law, took its toll. Ruttie died at twenty-nine, leaving her daughter, Dina and her inconsolable husband, who never married again.
Author Description

Sheela Reddy, well-known journalist and former books editor of Outlook magazine, uses never-before-seen personal letters of Ruttie and her close friends as well as accounts left by contemporaries and friends to portray this marriage that convulsed Indian society, with a sympathetic, discerning eye. A product of intensive and meticulous research in Delhi, Bombay and Karachi, and based on first-person accounts and sources, Reddy brings the solitary, misunderstood Jinnah and the lonely, wistful Ruttie to life. A must-read for all those interested in politics, history and the power of an unforgettable love story. 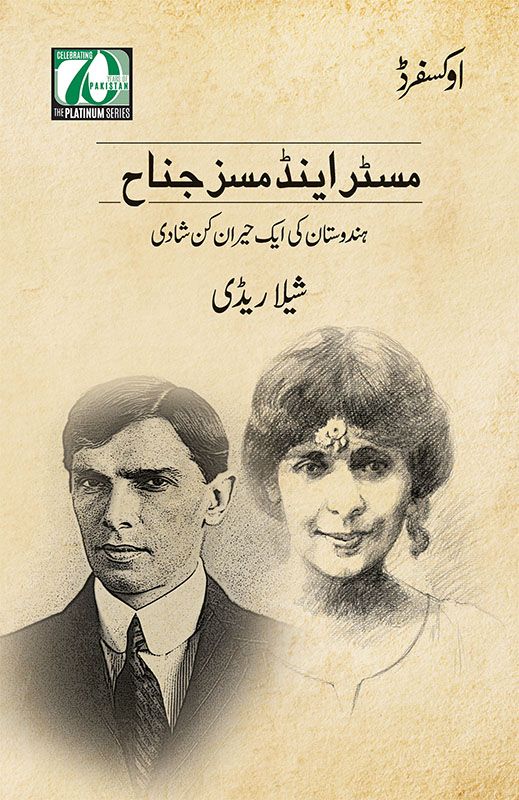