Written in the Season of Fear

Iftikhar Arif
This is a selection of Urdu poems of the renowned Pakistani poet Iftikhar Arif, presented with translations in English. The poems are compelling and have a contemporary style. He is known particularly for his references to the martyrdom of Imam Hussain (ra)—the grandson of Prophet Muhammad (pbuh)—and his companions in the tragedy of Karbala. In this way, he expresses his condemnation and rejection of tyrants and oppressors of all times, past and present.
Author Description

Iftikhar Arif was Chairman of the National Language Authority, Pakistan, and the Pakistan Academy of Letters. He was Director General of the Pakistani Scholars and Writers’ Foundation, and a senior producer and script editor at the Pakistan Television Corporation. He has appeared in several literary programmes on Pakistan Television, BBC Television, and BBC Radio. His works include Mehr-e-Do-neem, The Twelfth Man, and Harf-e-Baryab. His poems are widely published throughout the Urdu literary world and have been translated into several languages. He has won several awards, including the Sitara-e-Imtiaz, Pride of Performance (Literature), and Faiz International Award for poetry. He is also a member of the Executive Committee of the Allama Iqbal Open University, President of the Third World Writers Association (UK), and member of the Afro-Asian Writers Union. In his last assignment, he was appointed as President of the ECO Cultural Institute, Tehran, Iran. 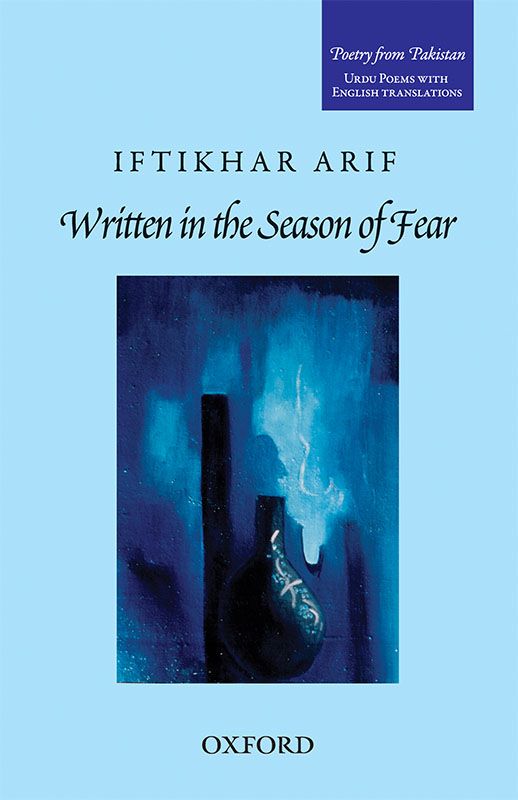