Tehriron Kay Mustanad Mutoon
Compiled by Shamsul Haq Usmani
The collection of Manto’s work differs from previous Manto anthologies in that it contains the notes and references of the compiler as he endeavours to maintain textual accuracy. Each volume comprises collections of Manto’s short stories in chronological order. Manto began writing in 1934 and his first collection Aatish Paaray was published in 1936. His famous literary works include ‘Thanda Gosht’, ‘Khol Do’, ‘Toba Tek Singh’, ‘Iss Manjdhar Mein’, ‘Mozalle’, and ‘Babu Gopi Nath’.
Author Description

Professor Dr Shams ul Haq Usmani is a renowned academic figure of India. He has been teaching Urdu language at the Department of Urdu, Faculty of Humanities and Languages, Jamia Millia Islamia, Delhi, since 1989. He is the author of six books. His articles have been published in various Indian journals. He received the Uttar Pradesh Urdu Academy Award in 1986 and 1990. He also received the Delhi Urdu Academy Award in 1986 and 1999. Dr Usmani has been a regular broadcaster of All India Radio. He has compered and has presented more than 20 programmes on various TV channels as well. 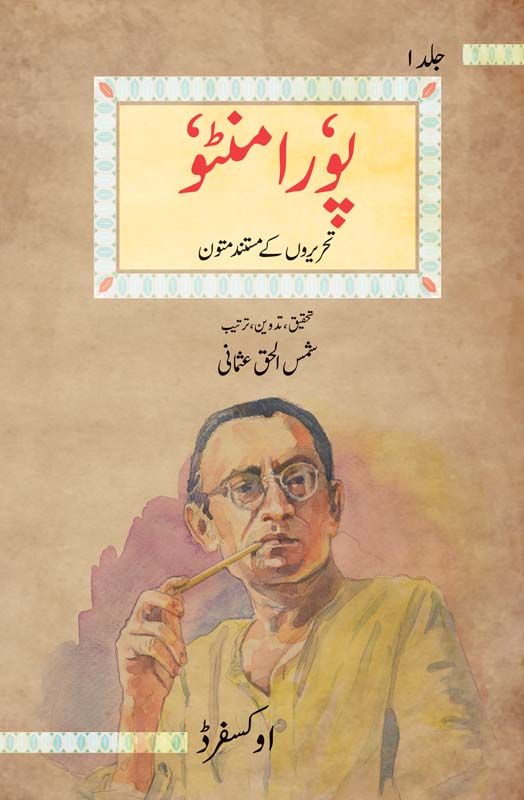 Look Inside
Skip to the beginning of the images gallery
PKR 895
Out of stock!
Add to Wish List Add to Compare
Additional Information
Reviews
Notify me when this product is in stock
Filter