Legends of the Indus

The five legends included in this volume are drawn from the main regions of the Indus Valley, which stretches from the Himalayas to the desert sands of the Arabian Sea, through a landscape of breathtaking beauty and contrast in what is now Pakistan.

Traditionally told by local bards for entertainment and education at community gatherings, these folktales have been reinterpreted by each subsequent generation in verse and song, providing material for the great Sufi poets as well as musicians, visual artists and craftsmen.

As part of her lifelong interest in preserving the rich cultural heritage and diversity of the Indus region, Samina Quraeshi (1944-2013) began to record and document different interpretations of these folk tales in the early 2000s. Inspired by her mentor Dr. Annemarie Schimmel’s interpretation of these folkstories as Sufi parables, Quraeshi created a contemporary text inspired by this oral, poetic, musical and artistic tradition.

Originally published by Asia Ink in 2004, this new edition fulfills Quraeshi’s plans to provide a new volume of these classic tales, accessible to a new generation of readers in Pakistan and around the world. Featuring a new preface by her daughter Sadia Shepard, the Oxford University Press edition is designed by Saima Zaidi and illustrated with paintings from the collection of The Lahore Museum.

Throughout her career, author, artist, and educator, Samina Quraeshi (1944–2013), worked across her native Pakistan and her adopted home in the United States to create a unique body of work informed by both places. Both her visual art and her four award-winning books on Pakistan: Legacy of the Indus, Lahore: The City Within, Legends of the Indus, and Sacred Spaces: A Journey with the Sufis of the Indus, took inspiration from the material and spiritual cultures of the Indus Valley. In 2006 she was awarded the Tamgha-e-Imtiaz for Cultural Preservation from the Government of Pakistan. As a lifelong advocate for the arts and design, she served as Director of Design for the National Endowment for the Arts, Assistant Director of the Carpenter Center at Harvard University, Henry Luce Professor of Family and Community at the University of Miami, and the Robert Gardner Visiting Artist at Harvard University’s Peabody Museum. The Samina Quraeshi Award for Excellence in Design at Indus Valley School for Art and Architecture honours her legacy.

Annemarie Schimmel (1922–2003) was one of the leading experts on Islamic literature and mysticism in the world. She wrote more than fifty books, numerous essays, and lectured at universities including Ankara University, the University of Bonn, and Harvard University, where she inaugurated the Indo-Muslim studies program in 1967 and taught until 1992. Her writings include translations into English and German from works in Persian, Urdu, Arabic, and Turkish, as well as studies of Muslim saints, Sufism, and Islamic literature. Her book Mystical Dimensions of Islam (1975) is considered a classic in its field.

Ali S. Asani is Professor of Indo-Muslim and Islamic Religion and Cultures and  Director of the Prince Alwaleed bin Talal Islamic Studies Program at Harvard University. A specialist of Islam in South Asia, Professor Asani's research focuses on Shia and Sufi devotional traditions in the region. In addition, he studies popular or folk forms of Muslim devotional life, and Muslim communities in the West. His books include The Bujh Niranjan: An Ismaili Mystical Poem; The Harvard Collection of Ismaili Literature in Indic Literatures: A Descriptive Catalog and Finding Aid; Celebrating Muhammad: Images of the Prophet in Muslim Devotional Poetry (co-author); Al-Ummah: A Handbook for an Identity Development Program for North American Muslim Youth; Ecstasy and Enlightenment: The Ismaili Devotional Literatures of South Asia; and Let's Study Urdu: An Introduction to the Urdu Script, and Let’s Study Urdu: An Introductory Course. Professor Asani is recipient of the Harvard Foundation medal for his outstanding contributions to improving intercultural and race relations at Harvard and the United States, and the Petra C. Shattuck prize for excellence in teaching by Harvard's Division of Continuing Education.

Sadia Shepard is a writer and documentary filmmaker based in New York. Shepard’s first book, The Girl From Foreign: A Memoir, was published by The Penguin Press in 2008. Her other writing has appeared in The Washington Post, Wall Street Journal Magazine, and The New York Times. Her credits as a film producer include The September Issue and The Education of Mohammad Hussain. Her documentary series The Other Half of Tomorrow, co-directed with her late mother Samina Quraeshi, introduces us to the disparate contexts that comprise Pakistan’s complex culture. She teaches at Wesleyan University. 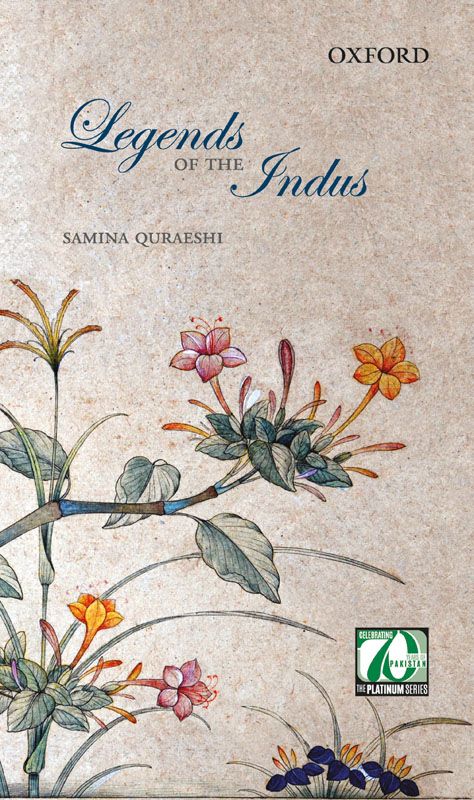 Look Inside
Skip to the beginning of the images gallery
PKR 1,995
In stock
Add to Wish List Add to Compare
Additional Information
Reviews
Filter