New and Selected Fiction
Edited and Selected by Aamer Hussein with Shama Habibullah
The accidental discovery of chapters from an unfinished novel and of unpublished stories made the publication of this anthology of Attia Hosain’s new and selected fiction an inevitability. Attia’s two worlds—the Lucknow she grew up in and the London she later lived and worked in—intersect and mesh in the stories and novel excerpts presented here reflecting her deep and abiding concern with those caught in the cleft stick of history and how they come to terms with it. The distinctive quality of her prose—subtle, elegant, with an uncanny ear for dialogue and sharp, yet sympathetic observation—is displayed to stunning effect as she delineates the tension and pathos of lives and societies in transition. A feast of fiction.
Author Description

Attia Hosain (1913–1998) was born in Lucknow and educated at La Martiniere and Isabelle Thoburn College, blending an English liberal education with that of a traditional Muslim household where she was taught Persian, Urdu, and Arabic. Influenced in the 1930s by the nationalist movement and the Progressive Writers’ Group in India, she became a journalist, broadcaster, and writer. In 1947 she moved to England and presented her own women’s programme on the BBC Eastern Service for many years and appeared on television and the West End stage. She is the author of Phoenix Fled, a collection of short stories, and Sunlight on a Broken Column, a novel.

Aamer Hussein was born in Karachi in 1955, and moved to Britain in 1970. He began publishing fiction and criticism in 1987, and his early stories were collected in Mirror to the Sun (1993). Three further volumes were published to increasing critical acclaim: The Blue Direction (1999); Turquoise (2002); and Insomnia (2007). His novella, Another Gulmohur Tree was shortlisted for a Commonwealth Writers Award. His most recent work is a novel, The Cloud Messenger (2011). He has also published criticism, essays and translations from Urdu, and edited a collection of Pakistani short stories, Kahani (1999). Hussein was elected a Fellow of the Royal Society of Literature in 2004. He is a Professorial Fellow at Southampton University and a Senior Fellow at the Institute of English Studies at the University of London.

Shama Habibullah, Attia Hosain’s daughter, was born in Lucknow in 1941. After obtaining an MA in History from Cambridge University, she became a documentary filmmaker specialising in Development Communication. She has been an advisor to international and UN agencies including the ISRO-SITE satellite television experiment in India; a member of the International Institute of Communications, as well as of the Producers’ Guilds of both the UK and India. She has worked in key production posts on international feature films such as ‘Gandhi’ and ‘A Passage to India’. 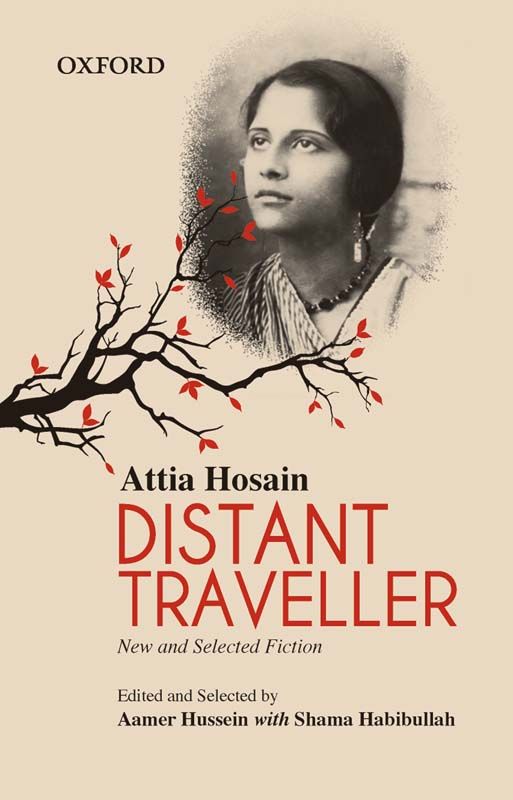