A History of the Judiciary in Pakistan

Hamid Khan
One of the major organs of the state, the judiciary in Pakistan attained a particularly high profile in recent years owing to former President Musharraf’s attempt to remove the Chief Justice of Pakistan and the latter’s eventual restoration to office. The exercise of suo moto jurisdiction by the Supreme Court in the matter of enforcement of fundamental rights further enhanced interest in the judiciary, which became a focal point for popular aspirations. This book undertakes a comprehensive study of judicial history in Pakistan since Independence. It includes detailed discussion of the acts, lives, and judgments of important Pakistani judges, with their continuing effects on the life of the nation. This book will be of particular value to lawyers, judges, law professors, and to students of law, political science, and history, as well as the general reader.
Author Description

Hamid Khan is Senior Advocate of the Supreme Court of Pakistan and a founding partner of Cornelius, Lane and Mufti, a leading law firm in Pakistan. He is a former president of the Supreme Court Bar Association of Pakistan (2001–03) and the Lahore High Court Bar Association (1992–93). He regularly lectures on various legal subjects at the University of the Punjab, the Civil Services Academy, Administrative Staff College, and the National Institute of Public Administration. He is an Ebert and DAAD Fellow, and a member of the Hague Academy of International Law. His other publications include The Islamic Law of Inheritance (OUP, 2007), Constitutional and Political History of Pakistan 2nd edition (OUP, 2009), Principles of Administrative Law (OUP, 2012) and Comparative Constitutional Law (Pakistan Law House, 2014). 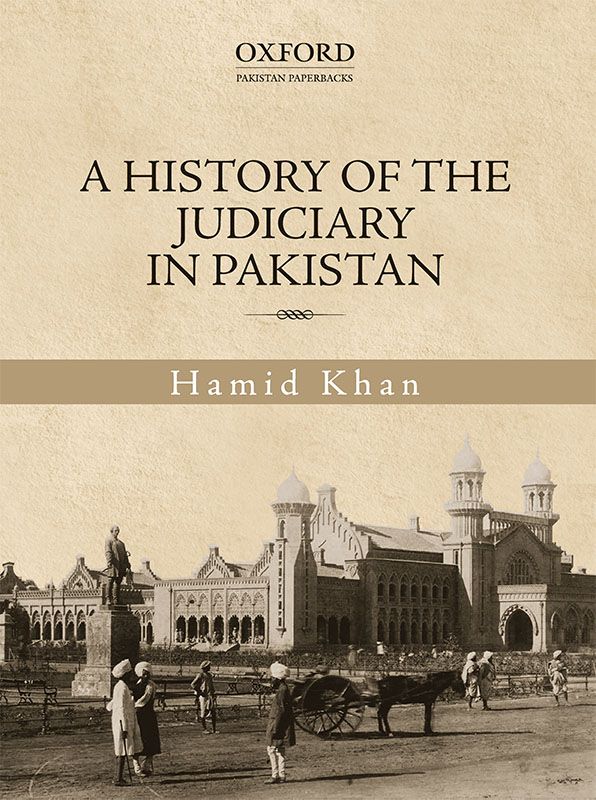