The Philosophical Works of al-Kindi

This volume presents the philosophical writings of al-Kindī (Abū Yūsuf Ya qūb ibn  Ishāq, c.800–873), known as the ‘Philosopher of the Arabs’. Acknowledged as the first philosopher of the Arabic tradition, al-Kindī helped usher the ideas of Greek thinkers and scientists into the vibrant context of the Islamic culture of his day. He was deeply involved in the translation and reception of such thinkers as Socrates, Aristotle, Plotinus, and Euclid. Drawing on this Hellenic heritage, he wrote on a wide range of philosophical and scientific topics including metaphysics, theology, psychology, cosmology, ethics, and medicine. In these works, al-Kindī set out pioneering ideas about the relation of philosophy to religion, the oneness and providence of God, the nature of the human soul, the structure of the cosmos, and the eternity of the world. This book makes the whole of al-Kindī’s philosophical corpus—some two dozen works—available in English, most of them for the first time. Extensive explanatory material is provided, in the form of an overall introduction, introductions to each work, and extensive notes. The translations are based largely on Arabic original texts, but in a few cases, where the Arabic originals are lost, on medieval Latin versions. The volume will thus give a wide readership unprecedented access to al-Kind?’s philosophical and scientific ideas.

Peter Adamson is Professor of Ancient and Medieval Philosophy at King’s College, London. His PhD in 2000 (Notre Dame), which became asubsequent monograph, dealt with the Arabicversion of the works of Plotinus. He has written a previous monograph for Oxford University Press on al-Kindī, edited or co-edited numerous books including The Cambridge Companion to Arabic Philosophy, and published papers on Aristotle, Plotinus, Avicenna, and other figures within the Greek and Arabic traditions. He is currently the leader of a project, funded by the Leverhulme Trust, to investigate natural philosophy in the Islamic world.

Peter E. Pormann is Professor of Classics and Graeco-Arabic Studies at the University of Manchester. After studying Classics, Islamic Studies, and French at Paris (Sorbonne), Hamburg, Tübingen, Leiden, and Oxford (Corpus Christi College), he obtained his D. Phil. with a thesis on Paul of Aegina’s Pragmateía (or medical handbook); it won the Hellenic Foundation’s 2003 Award and was published by Brill as a monograph in 2004. He previously held research fellowships at Merton College, Oxford; the Warburg Institute, London; and Warwick (Wellcome Trust University Award). Recent publications include (with E. Savage-Smith) Medieval Islamic Medicine (Edinburgh University Press 2007; recipient of the British-Kuwait Friendship Society Prize); Islamic Medical and Scientific Tradition [Series: Critical Concepts in Islamic Studies, 4 volumes] (Routledge 2011); and Epidemics in Context: Greek Commentaries on Hippocrates in the Arabic Tradition (De Gruyter 2012). He is Principal Investigator on the ERC-funded project ‘Arabic Commentaries on the Hippocratic Aphorisms’ (2012–17).

Syed Nomanul Haq (PhD, University College London) is currently a senior member of the faculty in the School of Humanities, Social Sciences, and Law at the Lahore University of Management Sciences (LUMS). Prior to this and following his postdoctoral fellowship at Harvard University, he served on the standing faculty of Brown University and of the University of Pennsylvania. Trained broadly in medieval Islamic intellectual history, he has published widely in the fields of the history of philosophy and of science, and has also written on religion and science, environmental philosophy, as well as cultural history. Recently he held the position of Scholar-in-Residence at the American Institute of Pakistan Studies. 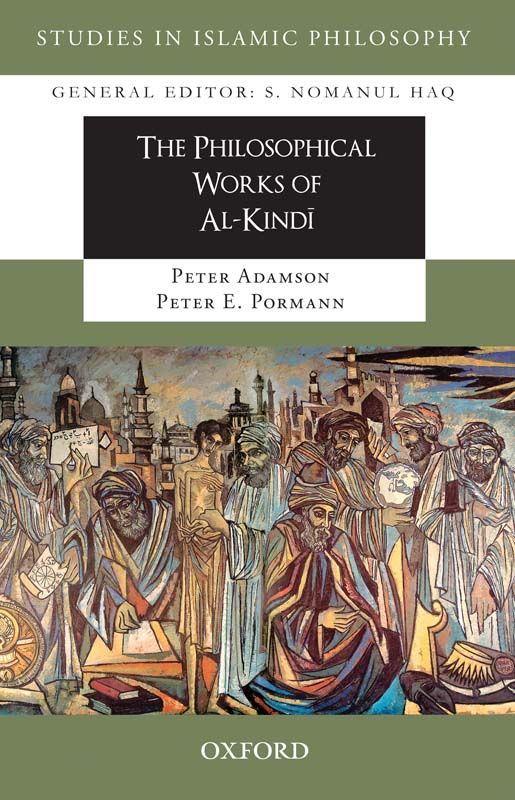 Look Inside
Skip to the beginning of the images gallery
PKR 995
Out of stock!
Add to Wish List Add to Compare
Additional Information
Reviews