Pakistan’s Sunni-Shia Violence and its Links to the Middle East
Khaled Ahmed
In 1986, the Deobandi seminaries of Pakistan and India issued fatwas (decrees) of apostasy against the Shia population and thus upheld the manifesto of the Sipah Sahaba; a party formed in 1985 in Pakistan on the basis of its demand that the Shia be declared non-Muslim by the state of Pakistan through an amendment to the Constitution. The anti-Shia fatwas were ‘managed’ through a Deobandi scholar of India, Manzur Numani, who had earlier written a book against Imam Khomeini and Iran. Funded by the Saudi charity Rabita Alam Islami (World Islamic League), he wrote to the Deobandi seminaries of India and Pakistan, asking them to give their juristic opinion on the Shia faith. In 1986, all of them sent to him fatwas declaring the Shias as kafirs or non-Muslims. No attention was paid by the state to the character of the Shia faith in Pakistan; a grave mistake made at the political level by politicians and military officers controlling and directing a very dubious jihad in Afghanistan and Kashmir. The state colluded with the Shia massacres that followed next because the Shia-killers were all its proxy warriors. This book traces the roots of the sectarian conflict in the Muslim past in India, and throws light at the new developments in the Middle East after the replacement of the socialist Arab leaders with religious scholars, and the rise of Shia Iran under Imam Khomeini. It narrates and analyses the relocated Arab-Iran religious war inside Pakistan, leveraged with Saudi funds and executed by clerics who received spiritual and financial support from the clerical authorities in Saudi Arabia and Iran. In discussing the sectarian conflict, the book has actually unveiled the roots of the current Al Qaeda and Taliban wave of terrorism against the state of Pakistan.
Author Description

Khaled Ahmed is a former consulting editor of Daily Times; resident editor of The Frontier Post; joint editor of The Nation and assistant editor of The Pakistan Times. He is currently Director, South Asian Free Media Association (SAFMA), Lahore. He contributes regular articles to The Friday Times and The Express Tribune. Over the years, Khaled Ahmed has lectured at the Civil Service Academy, Lahore, and the Administrative Staff College, Lahore. He has delivered lectures on the Gulf and the UN at the Naval War College, Lahore. He has also contributed to panel discussions in 2003 at the National Defence College, Islamabad, on the subject of International Security Systems and Security in South Asia. Besides, he has delivered lectures on the topic of Jihad at Berkeley University (February 2001); attended a Brookings conference on ‘US and the Islamic World’ at Doha (November 2002); and spoken on ‘Media in Pakistan’ in Boston, US (2004) and at the War College, Washington DC (2007). He was also a scholar at Woodrow Wilson Center, Washington DC in 2006. 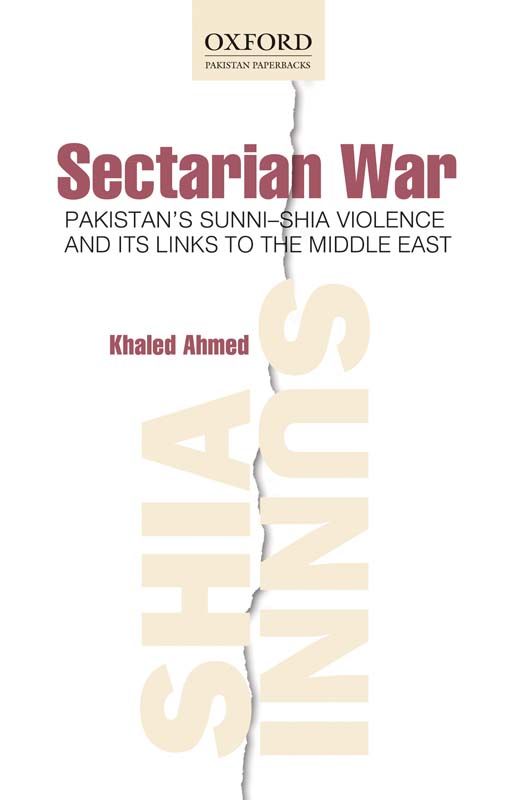