The Class Structure of Pakistan

This work on the class structure of Pakistan is based on the framework of historical materialism. It is an important work, since in recent times class analyses have been largely neglected in works on South Asia, particularly on Pakistan. This study therefore fills a gap in our knowledge. Sketching the history of the region that is now Pakistan, it analyzes the class structure from the time of the Mughal Empire, through the distortions of the colonial era and the transition to capitalism, to the class structure of contemporary Pakistan. It avoids over-schematic arguments, attempting to proceed from facts rather than from any ideal forms. The study develops three propositions.

Second, the colonial path of capitalist development of South Asia resulted in a socio-economic formation that combined features of the Asiatic and capitalist modes of production, which this study terms Asiatic capitalism. Empirical analysis of agrarian relations in Pakistan reveals the relative absence of wage labour and the continuing existence of various forms of pre-capitalist economic relations within the overall framework of a capitalist economy.

Third, the vast majority of the non-agricultural working population of Pakistan today is engaged in handicraft and manufacture. However, manufacturing and services are dominated by petty commodity production and small-scale capitalism. Hence, while being significant in terms of output, the formal large-scale industrial sector, which was developed along the model of state-corporate capitalism, remains relatively small in terms of provision of employment.

The author concludes that the class structure of Pakistan is characterized by Asiatic capitalism, with the non-agricultural sector of the economy dominated by petty commodity production and small-scale capitalism. This has implications for the country’s politics, society, and culture.

Dr. Taimur Rahman teaches Political Science at the Lahore University of Management Sciences (LUMS). He obtained his Masters from Sussex University and his Doctorate from the School of Oriental and African Studies (SOAS), University of London. He has been involved in grass roots labour and Marxist politics in Pakistan for the last 15 years and is also the spokesperson of the popular band called Laal. 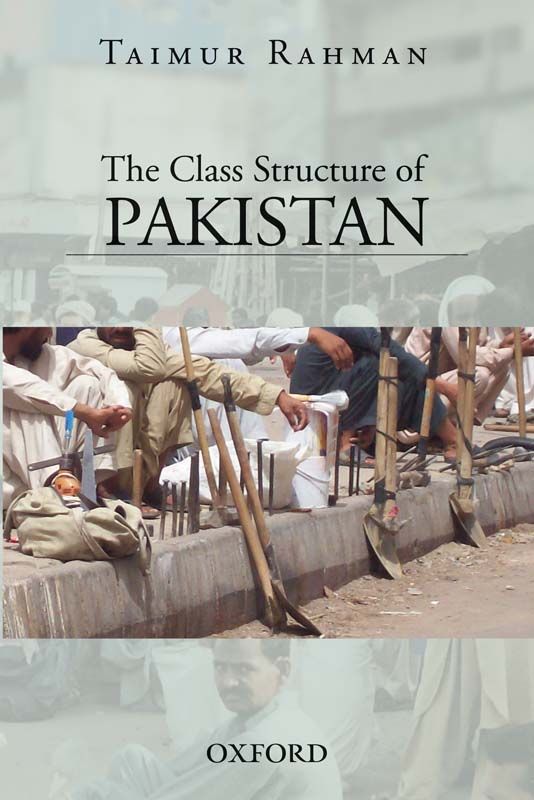 Look Inside
Skip to the beginning of the images gallery
PKR 595
Out of stock!
Add to Wish List Add to Compare
Additional Information
Reviews
Filter