Constitutional and Political History of Pakistan

It has been seven decades since the independent state of Pakistan was carved out of British India, yet the country is still in pursuit of a suitable constitutional framework. Over this period of time, no other country has experimented with so many different constitutional forms, from parliamentary democracy to presidential form of government, to outright military regimes.

Students of law, political science, and history, as well as lawyers, judges, and professors will find this book of particular value. Being grounded in a socio-political context, this book is also of interest to the general reader.

The third edition is updated to cover the constitutional and political developments uptil 2013.

Hamid Khan is Senior Advocate of the Supreme Court of Pakistan and a founding partner of a leading Pakistani law firm, Cornelius, Lane & Mufti. He is former President of the Supreme Court Bar Association of Pakistan (2001–3), and the Lahore High Court Bar Association (1992–3). He regularly lectures on various legal subjects at the University of the Punjab, Civil Services Academy, Administrative Staff College, and the National Institute of Public Administration. He is an Ebert and DAAD Fellow, and a member of The Hague Academy of International Law. His other publications include The Islamic Law of Inheritance (OUP 2007), Principles of Administrative Law (OUP 2012), and A History of the Judiciary in Pakistan (OUP 2016). 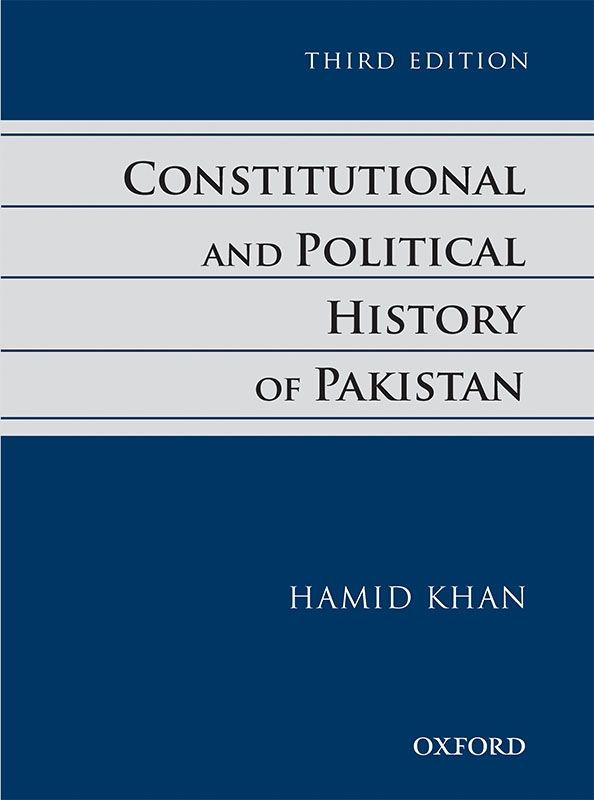 Look Inside
Skip to the beginning of the images gallery
PKR 2,175
In stock
Add to Wish List Add to Compare
Additional Information
Reviews
Filter