With the Quaid-i-Azam during his Last Days

Lt. Colonel Ilahi Bakhsh, MD; Foreword by Fatima Jinnah
This is a first-hand account of the last days of the founder of Pakistan, the Quaid-i-Azam Mohammad Ali Jinnah written by Lieutenant Colonel Ilahi Bakhsh, a doctor of medicine, who was attending to Mohammad Ali Jinnah during his last illness. The narrative includes the author’s conversations with M.A. Jinnah, together with an account of the author’s diagnosis and treatment. This monograph is extremely valuable as it sheds light on the last two months of Mohammad Ali Jinnah’s life while he struggled with his illness and finally lost. The author was one of the very few persons who were in personal contact with the Quaid-i-Azam at this time. This account is based on the author’s entries in his personal diary. The book also sheds light on some traits of the Quaid, his demeanour, likes and dislikes, preferences and aversions, thus providing a glimpse into the personality of this great man.
Author Description

Lt. Col. Dr Ilahi Bakhsh, MD, MRCP was born in 1904 in Chak Mughlani, district Jullundur, East Punjab to a family of eye specialist Hakims. A direct ancestor had been the personal physician to the ruler of the Punjab, Maharaja Ranjit Singh. Ilahi Bakhsh left for England at age 16 and studied medicine at Guy’s Hospital, the University of London, and Oxford. At age 43 he became the first Muslim to be appointed Principal of King Edward Medical College in Lahore at a time when the entire British and Hindu faculty had just left Pakistan. Dr Ilahi Bakhsh led the herculean task of not only rebuilding the college, but also leading the development of medical education throughout Pakistan. When he died in 1960, an eminent contemporary Col. Dr S.M.K. Mallick proclaimed Ilahi Bakhsh as the real father of King Edward Medical College and of modern medical education throughout Pakistan. His other work includes a monumental 2,335-page treatise Modern Medical Treatment published in 1956. Ilahi Bakhsh was a medical visionary and a revered physician who is remembered for his lifelong care of the neediest as well as for his treatment of the Quaid-i-Azam and Allama Iqbal. 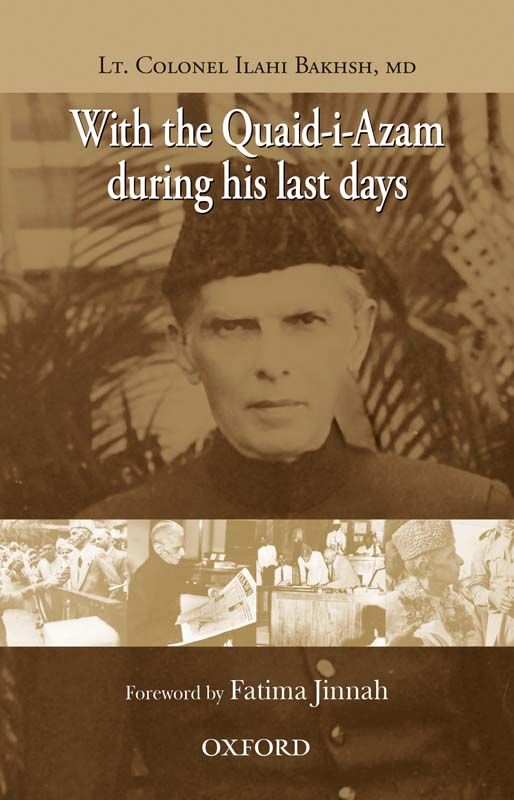 Look Inside
Skip to the beginning of the images gallery
PKR 495
Out of stock!
Add to Wish List Add to Compare
Additional Information
Reviews