The Pity of Partition

Manto’s Life, Times, and Work across the India-Pakistan Divide
Ayesha Jalal
Saadat Hasan Manto (1912–1955) was an established Urdu short story writer and a rising screenwriter in Bombay at the time of India’s partition in 1947, and he is perhaps best known for the short stories he wrote following his migration to Lahore in the newly formed Pakistan. Today Manto is an acknowledged master of twentieth-century Urdu literature, and his fiction serves as a lens through which the tragedy of Partition is brought sharply into focus. In The Pity of Partition, Manto’s life and work serve as a prism to capture the human dimension of sectarian conflict in the final decades and immediate aftermath of the British raj. Ayesha Jalal draws on Manto’s stories, sketches, and essays, as well as a trove of his private letters, to present an intimate history of Partition and its devastating toll. Probing the creative tension between literature and history, she charts a new way of reconnecting the histories of individuals, families, and communities in the throes of cataclysmic change. Jalal brings to life the people, locales, and events that inspired Manto’s fiction, which is characterized by an eye for detail, a measure of wit and irreverence, and elements of suspense and surprise. In turn, she mines these writings for fresh insights into everyday cosmopolitanism in Bombay and Lahore, the experience and causes of Partition, the postcolonial transition, and the advent of the Cold War in South Asia. The first in-depth look in English at this influential literary figure, The Pity of Partition demonstrates the revelatory power of art in times of great historical significance.
Author Description

Ayesha Jalal is the Mary Richardson Professor of History at Tufts University. Her books include Partisans of Allah: Jihad in South Asia, Self and Sovereignty: Individual and Community in South Asian Islam since 1850, and The Sole Spokesman: Jinnah, the Muslim League, and the Demand for Pakistan. She is also the editor of The Oxford Companion to Pakistani History. 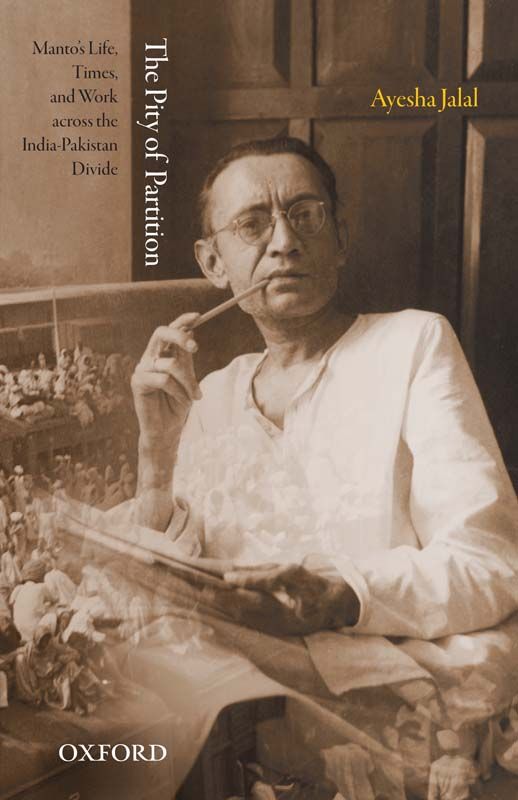