A Sufi Repertoire of the Qalandariyya in Sehwan Sharif, Sindh, Pakistan
Michel Boivin
Sindh, the land and the river which gave its name to the subcontinent, is a region rich in history with a distinctive cultural heritage. It is the first base of Islam in the subcontinent but can be defined in religious terms as independent and more flexible. As a result, Sufi Islam took root here and spread across the Indus region attracting Muslim and non-Muslim devotees alike. In this book, Michel Boivin, who has devoted much of his time to the study of Sindh, takes his readers to Sehwan Sharif’s shrine of Lal Shahbaz Qalandar, one of the Sufi icons of Sindh. Shahbaz Qalandar, of Persian Asian descent, is described as one of the unconventional qalandars who was accepted as ‘one of the sons of Sindh’; his ‘kalam’ made him ‘a symbol of daring authenticity during times of stifling conformity’ to quote the author. Boivin has produced a volume that explores and explains ‘the Sufi repertoire’ as he terms the monuments and artefacts of devotion, particularly in the Qalandariyya context, and is enriched by painstakingly researched and striking images. Through the four main chapters and the Excursus, the reader is introduced to the description, history and significance of each aspect of the artefacts and of the shrines in the Indus region, mainly Sindh. The book is supported by a comprehensive glossary, a list of illustrations, bibliography and an index.
Author Description

Michel Boivin is a distinguished scholar of South Asian history with particular interest in the study of Sindh. He was trained at Sorbonne University, Paris (France) in Islamic Studies and Contemporary History. He is currently Research Fellow at the Centre for South Asian Studies, CNRS-EHESS and also teaches history of South Asia at the University of Lumière Lyon 2 and University of Savoie. He also heads an interdisciplinary study group working on Sehwan Sharif and is Director of the Centre of Social Sciences Karachi (CSSK), created in 2011. Michel Boivin’s focus is on the social and cultural evolution of Muslim communities from British colonization to the post-partition period and his fieldwork is mainly restricted to the southern part of the Indus valley. He has published a number of books as author and editor and has written about seventy articles published in leading academic journals. His last work was edited with Matthew Cook, Interpreting the Sindh World: Essays on Culture and History (Karachi: OUP, 2010) and a forthcoming book is devoted to Antinomian Sufism in the Indo-Pakistan Subcontinent: Lal Shahbaz Qalandar and the tradition of the Qalandariyya, and published in French by Editions du Cerf, Paris. 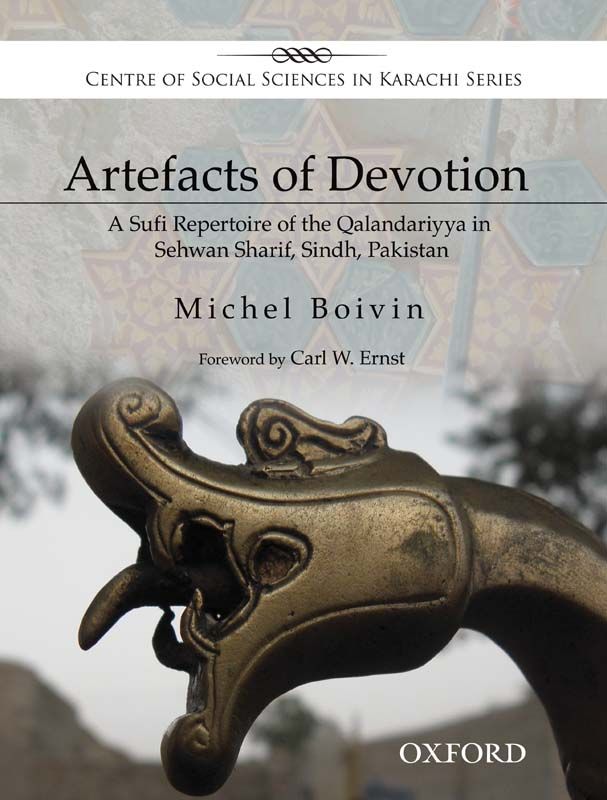 Look Inside
Skip to the beginning of the images gallery
PKR 300
Out of stock!
Add to Wish List Add to Compare
Additional Information
Reviews