Jonathan Mark Kenoyer
Ancient Cities of the Indus Valley Civilization presents a refreshingly new perspective on the earliest cities of Pakistan and western India (2600-1900 bc). Through a careful examination of the most recent archaeological discoveries from excavations in both Pakistan and India, the author provides a stimulating discussion on the nature of the early cities and their inhabitants. This detailed study of the Indus architecture and civic organization also takes into account the distinctive crafts and technological developments that accompanied the emergence of urbanism. Indus trade and economy as well as political and religious organizations are illuminated through comparisons with other contemporaneous civilizations in Mesopotamia and Central Asia and through ethnoarchaeological studies in later cultures of South Asia. The book is written as an introductory text on the Indus civilization, along with a catalogue section that illustrates some of the important objects recovered during the most recent excavations at Harappa, as well as earlier finds from excavations in the 1920s and 1930s. The abundant maps and line drawings, along with illustrations in color and black and white, make this an optimal teaching tool for high school and college teachers.
Author Description

Jonathan Mark Kenoyer, Associate Professor in Anthropology, teaches archaeology and ancient technology at the University of Wisconsin, Madison. His main focus being the Indus Valley civilization, he has worked in Pakistan and India for the past twenty-three years. Born in India, Dr Kenoyer spent his early years there before leaving for the USA. He has a BA in Anthropology from the University of California at Berkeley and an MA and Ph.D. (1983) in South Asian Archaeology from the same university. He speaks several South Asian languages and is fluent in Urdu, the major language used in Pakistan. He has conducted archaeological research and excavations at both Mohenjo-daro and Harappa, two of the most important early sites in Pakistan. His interest in ancient technologies and crafts has led him to study a broad range of cultural periods in South Asia as well as other regions of the world. Since 1986 he has been the Co-director and Field Director of the Harappa Archaeological Research Project, a long-term study of urban development in the Indus Valley. He is also Guest Curator for the exhibition Great Cities, Small Treasures: The Ancient World of the Indus Valley that will be held at the Asia Society, New York, from 11 February to 3 May 1998 and will subsequently be shown at other venues in the USA. 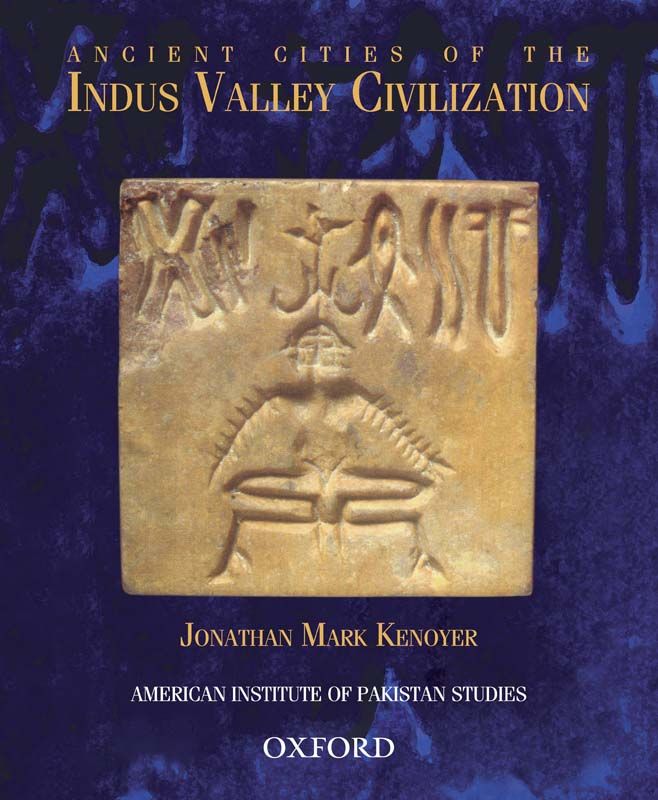 Look Inside
Skip to the beginning of the images gallery
PKR 995
Out of stock!
Add to Wish List Add to Compare
Additional Information
Notify me when this product is in stock
Filter