The Liberation Journey of an Oppressed Caste
John O’Brien

This book explores the history, ethnography and liberation journey of an aboriginal, forest-dwelling hunting tribe, which was reduced to servitude by the Aryan conquest of the Indian subcontinent. They were called Chandala in classical Brahmanic literature and are designated as Chuhra in the censuses of India (1868–1931). In contemporary Pakistan, they are known as Punjabi Christians. The book explores their primarily tribal rather than occupational nature, their homeland, and their spread through the Indian subcontinent. It traces how the construction of their religiously-endorsed inequality and degradation came about. Furthermore, it cautions against the suppression of the ‘memory’ of oppression and argues that, by defining themselves as a lineage of belief and praxis, these resilient people can give meaning to their past and present, as well as purposefully construct a more humane future for themselves. Their very history is proof that culturally they are not easily contained, much less, dominated.

The book also covers their rites of passage, eclectic structure, mental universe, and the evolution of their religious sensibilities—from animism to the development of the cult of Bala Shah-Balmik. The movement to Christianity of the Chuhras was the defining moment in the creation of a new social identity. It delves into how upward mobility of agricultural workers and tenants widened the social gap between the ‘rural’ and the ‘urban’ sweeper; and in the cities between the ‘dry’ and the ‘wet’ sweeper. It also provides an insight into the Punjabi Christian’s system of beliefs in the world of hidden spirits, propitiation, and superstition, and traces their growing exclusion from Pakistan’s mainstream in the face of accelerating ‘Islamisation’ in the country.

This work is a study of memory. In his attempt to narrate the story of these people John O’Brien has not made any encyclopaedic pretence. Hence, it should be considered as an invitation to an ongoing dialogue rooted in further research.

John O’Brien was born in Ireland, where he studied Science, Education and Theology. His doctoral thesis at the Gregorian University Rome was entitled ‘The Hermeneutical Privilege of the Poor’. He has worked as a teacher in Sierra Leone and as a community activist in inner-city Dublin. He has lectured widely on Religious Studies and conducted workshops in several countries in Africa, Asia, Europe and Latin America. John O’Brien first came to Pakistan in 1977 and has spent twenty-five years working among its minorities in a variety of educational and development projects, while engaging in a dialogue with Islam. At present, he is involved in community development in Sindh, Pakistan, while also conducting research on Sufism. 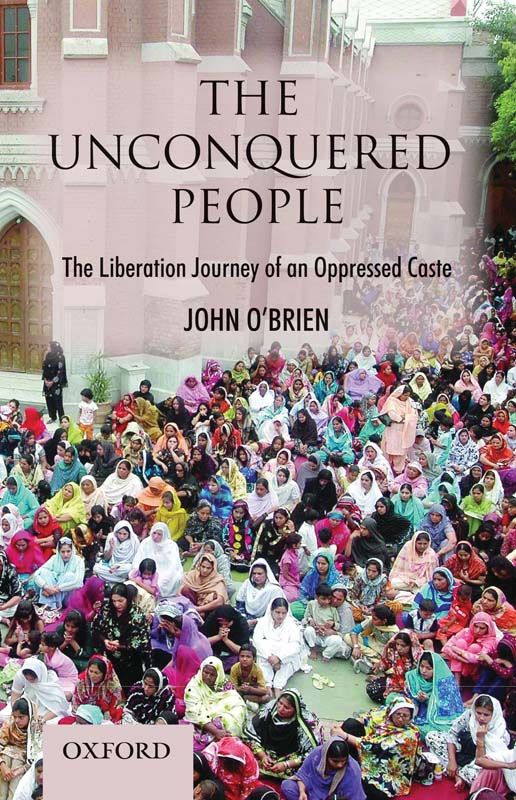